Our cotton magazine is now on line. Go to 'Publications' . Despite COVID as you will see from the various articles that we publish , the participants of our industriel sector are showing flawless dynamism. Research, innovation, tenacity are the the words that best characterise their action.

The French Cotton Association (AFCOT), which was celebrating its 128th anniversary, met in Monte Carlo on October 4 & 5, 2018. Over 350 people from five continents took part in the event.

The participants found themselves on Thursdays around a welcome cocktail party.

All the participants where then invited to a friendly net working lunch.

The afternoon was dedicated to the meetings before all the participants find themselves for the pre dinner drink, followed by the gala dinner.

During his speech, the president of the AFCOT recalled the milestones of this cotton year. His speech is also online on our site.

The President and the Board of Directors of the French Cotton Association would like to thank the presenters and all the participants.

We are looking forward seeing you on September 30th and October 1st 2019, in hotel ROYAL, boulevard Cornuchet, Deauville, France. 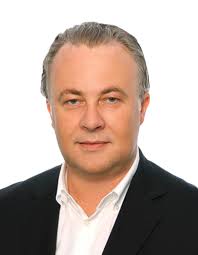 I’m delighted to welcome you to the Méridien Beach Plaza Hotel in Monaco for the French Cotton Association’s 128th dinner. There are just over 360 attendees from thirty countries here tonight.

I hope that the structure and topics covered at this morning’s seminar made you once more appreciate this important event in the cotton year, which means so much to us.

I must mention my Cotton Association counterparts and our guests of honour, who were introduced at the start of the dinner by Curt Arbenz, Vice-President of the French Cotton Association, and who honour us with their presence.

As always, I would particularly like to mention the African cotton industry representatives with us tonight, without whom we would be incomplete.

And who could forget our talented contributors to this morning’s seminar, in order of introduction: Michael Edwards, Director of Cotton Outlook, Sylvain Berthelet, fund manager and financial analyst with SMA Gestion, and Jean-Claude Talon, SODECO’s Commercial and Logistics Director. We’re delighted that they accepted our invitation this year.

Without further delay, and because I’ve heard whispers that my speech in Deauville last year was a little long, I’m going to start by looking back at the essential events of the last cotton year and try to predict what they imply for the year ahead.

A year ago, with a few limited exceptions, harvests in the Northern hemisphere looked plentiful. The U.S. in particular recorded its biggest production of the last decade and the futures market was about to treat us to a near-continuous rise lasting almost seven months. Between mid-November 2017 and early June 2018, we saw the cotton spot price climb from approximately 68 to nearly 95 cents/lb. Spectacular. There were several catalysts for the rise and the market outlook was positive.

Firstly, record sales. U.S. export sales reached historic levels week after week compared to previous years. For example, the volume of on-call sales, i.e. at prices unfixed in the July 2018 contract, was double that recorded with the July 2016 contract.

Equally telling was the U.S. Department of Agriculture’s first estimate of cotton consumption for the 2017/2018 season, which was published in February 2017 and forecast a 2% rise. Around the date of our dinner last year, the USDA estimate was 3.5%. It now believes that the increase in consumption just topped 6%. That’s an exceptional performance and the biggest year-on-year rise in cotton consumption since the 2009/2010 season.

Another major factor in this year’s market rise is linked to speculators, the so-called non-commercial dealers.

Until mid-2016, the speculators’ openly long position rarely exceeded around 70,000 futures contracts. Since mid-2016, we’ve seen renewed interest in the cotton market from these long speculators.

On the date of last year’s dinner, the position was slightly less than 65,000 contracts. It fell to just below 60,000 at its lowest point in November before soaring, more than doubling, and reaching approximately 130,000 long contracts on 23 January, the level again approached when the market itself soared in late May/early June.

Finally, Chinese demand. The spectacular reduction in Chinese state reserves has directly intensified speculation over the timescales for restarting Chinese imports, in much greater volumes than in recent years. The Chinese reserve released 3.2 million tonnes of cotton onto its domestic market in 2017 and 2.5 million tonnes between May and late September this year. When China decides that its stockpile has returned to acceptable levels, imports should then offset the destocking. Tantalizingly, the stage was set and the rise remarkable.

So where are we at today? Nearly four months after marking its highest price, cotton has lost two thirds of its gains.

The problem started in late January 2018. But then we probably weren’t expecting the situation to escalate to the current point. In late January, President Trump began his trade standoff with China by slapping import taxes on solar panels and washing machines. The problem is that the rhetoric has since become heated, with thousands of products added to the solar panels and washing machines initially taxed. China responded, the standoff has become a trade war and uncertainty reigns.

At this stage, I think that a reminder of the cotton market’s structure is required. Since the 2014/2015 season, cotton production has been below consumption. That point becomes fundamental when we note that between the 2015/2016 and 2017/2018 seasons, total cotton production rose by 24%. The speed with which the increase in planted areas responded to the pricing is quite simply spectacular.

At the moment, almost everywhere you turn to around the world, if cotton can be grown then it’s planted: cotton is king. The prices of other agricultural products are also being penalized by the trade war and producers’ return on investment continues to favour cotton over many rival speculations. Good news, you will say. Perhaps, but on one condition: the demand must be sustained. Unfortunately, a trade war between the world’s biggest exporter and its biggest client, not least when the futures market, which is everyone’s tool, is ‘domiciled’ with the former, is very bad news. Cotton prices since last June show us that.

So when will that end? Who has an interest in it ending?

With the futures market price of four months ago, today’s solid foundations and high demand, we could say that China will import from Brazil, West Africa, Australia, Greece, etc. instead of the U.S., prices from those sources will increase and the U.S. will go where those sources usually go. In short, more inflation than real alarm for the buyer, who may then be more willing to negotiate. In reality, trade wars bring uncertainty and so a slowdown in flows, the market stalls and the foundations crumble. Therefore, inflationist pressure will do little to resolve the situation.

Let’s return briefly to the Chinese reserve as it’s the key to unblocking mass imports. For approximately two years, debate has been raging over the level at which China will stabilize its reserve stock to anticipate the resumption of mass imports. First it was five million tonnes, last year it was four million, etc. A few days ago, in late September, the reserve completed its destocking for 2018. Its stock level is now 2.7 million tonnes. And the market still doesn’t know when the destocking will end. The uncertainty continues and the market reflects that.

It is undoubtedly a trade war. Cotton isn’t the only victim: the uncertainty is going global. The traders here tonight see it every day, nobody is short of cotton at the moment, far from it. China is also comfortable in that respect, it has cotton in its reserve, the new harvest is good, the quantities are there. So counting on China to yield to the U.S. in the short term due to a lack of cotton? probably a long shot. One example is the infamous Chinese import quota that everyone has been expecting since June. The Chinese announced it, but we’re still waiting. If they desperately needed that cotton, the quota would have been issued a long time ago.

Another effect of the trade war: several emerging countries’ currencies have plummeted against the dollar. To avoid giving another overly long speech, I won’t go into the long-term risks that that could pose to their debt service when American rates rise and their currencies collapse. Many of these countries are major cotton importers and increasingly unable to continue supporting the market by maintaining imports at the high levels that we saw until recently.

China has also had its currency devalued in recent months and it too is a big thread importer. That isn’t good news either for all those countries’ spinners who have increased their production capacities recently to supply China, when they are already struggling to import cotton because their own currency has been devalued.

To conclude, therefore, let’s go back to the timescales. It’s important that the difference in producers’ financial returns from cotton and other agricultural speculations is rapidly rebalanced. Rapidly. Otherwise the risk of a downward cycle in cotton prices is high.

The U.S. midterm elections are being held in November. Might that prompt President Trump to review his rhetoric and enter into more conventional negotiations? It’s difficult to say. I wouldn’t bet on it given the unpredictability in his international relations since his term began.

I’m going back to China. As mentioned earlier, the reserve holds 2.7 million tonnes. Its destocking cycle usually runs between May and September. Can it start this year at the same pace as in recent years, i.e. with its annual WTO quota, own production and destocking? Yes, definitely. Can it continue that throughout 2019? If we only look at the figures and not the qualities, it would be very tight, but possible according to some. However, a complete destock seems very unlikely.

The last point, for what it’s worth: it’s becoming very difficult to find a segment of the industry that isn’t down today. Everyone on the same side of the boat has never been a very comfortable position for navigating.

I will leave it there for tonight. I would love to say more about what the year has in store for us, but in private. I won’t comment further in public or I might be the first victim of the U.S./China trade war!

Finally, I would like to address the representatives of Africa’s exporting companies here tonight and the African Cotton Association. I would like to assure you once again of AFCOT’s and the Board’s unfailing support. This year brought us its set of challenges that have led to discussions on the complaint management procedure during this meeting.

Thank you for being open to the discussion. I would like you to remember that my colleagues on the Board and myself are always working to adapt our practices and procedures to the market in order to continue promoting high-quality, competitive African cotton that keeps pace with developments in a fast-changing market.

To conclude, I offer my sincere thanks to AFCOT’s Treasurer Brigitte Houllier and Gérard Kassarian, our Secretary-General, for their tireless efficiency in organizing this event and running our association. Also to my colleagues on the Board for their patience and support during my term, which coincided with major changes in my career. They forced me to redirect some of the energy that should perhaps have gone to the venerable French Cotton Association.

I wish you all a wonderful evening.

Click below to see the presentations of October 5th, 2018.

AFCOT professional forum 2022, will be held in Deauville 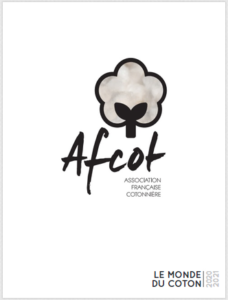